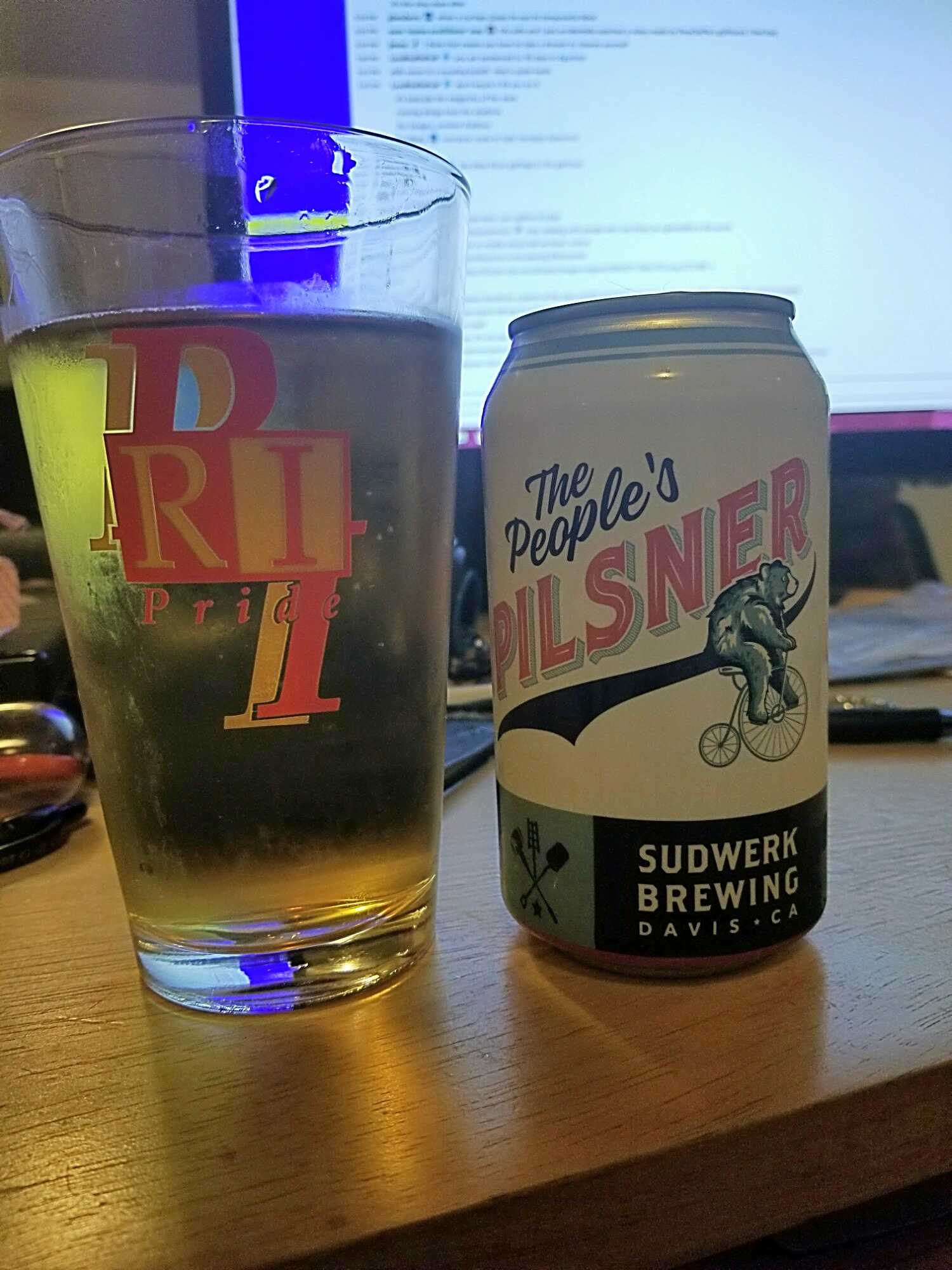 Today I wanted to talk about a beer style near and dear to my heart: Pilsners. The humble pilsner gets a bad rap, I think, and I want to explore why that is, and what brewers are doing to make it more appealing as a style. I find pilsners come from 5 major beer scenes: traditional German brewing, traditional Czech brewing, other European brewing (the Dutch), North American Macro-brewing and American craft brewing. Popular pilsners distributed nationally and internationally are Miller Lite, Heineken, Beck's and Pilsner Urquell.

The difference in American and European pilsners (Czech, German & other European Pilsners) is largely in hop profile. There are nuances within the European styles, like the very distinct yeast flavor of a Czech Pilsner, but in general Czech Pilsner brewers and some of the German brewers are interested in perfecting their styles. American brewers have one of two motivators: volume and consistency or experiments and extremes. The Dutch brewers, and the biggest German brewers have a similar approach to the American macro brewers: they want to ensure consistent drinking experiences with mass appeal. They want your 1st Miller Lite, Heineken, or Beck's to taste the same as your 100th and the same as everyone else's 100th even if they're separated by years or decades. This search for mass appeal creates a very mild and unremarkable beer, tastewise. The feat of creating the volume they do at consistent quality is impressive in its logistics but not in its beer. I think this is huge in the bad reputation that Pilsners have. People think they're boring because of this.

I think there is a matrix  of American to European, Macro to Craft when it comes to Pilsners. American and European macros have a lot in common, namely: they're boring and mostly bad. They taste different as American Macros are usually adjuncts and fairly sweet whereas European Macros tend to be sold in green bottles, making their skunking the primary flavor. European crafts tend to be very balanced with depth and nuance. American crafts tend to be hop bombs. I want to be clear that in this matrix, you can make a European Craft style Pilsner in the US. This is a plane of style, not of origin.

For American craft/micro brewers, they don't need to worry about millions of barrels tasting the same. This allows for beers that don't try to appeal to mass palates and can instead do more extreme and experimental beers. This is true of all styles, not just Pilsners. It's the place that it's easiest to see though, because they are made by Old World brewers, North American macros as well as craft/micros.

I have to be honest, this post serves 2 functions: 1. letting me celebrate a beloved style 2. letting me bemoan the dry hopping impulses of West Coast brewers.
If you ever want to see what I mean, pick up a Lagunitas Pils, a Miller Lite, and a Pilsner Urquell. It will become immediately clear that these feel like three beers that have more separating them in than in common.

If you have read any of my other posts, you know very well that I don't like hoppy beers, so my frustration with West Coast Pilsners will come as no surprise. Pilsners in the West Coast style tend to be hop dominant. The birth of the American made IPA has awakened a hop hunger in beer drinkers that has spread to almost every other style under the sun. This is felt most acutely by me in Pilsners. I want to pick up a refreshing light summery beer and get a hop dominant palate annihilator. Examples of this style are Lagunitas Pils & Full Sail Pilsner. Look for any Pilsner that talks about being 'dry hopped' or being an 'American' or 'West Coast' style Pilsner if you want to try one.

The style that works best for me are German style Pilsners, which is why it breaks my heart that Beck's is the biggest and most popular of them. It is a bad beer, which is easy to predict if you read my can vs bottle manifesto. It's a green bottle beer that is always skunked and would be flavorless without the skunking. The Warsteiner Gold Pilsner is vastly superior to Beck's. There are lots of American-made Pilsners that are brewed in the German style, like Sudwerk's Northern Pilsner. The best Pilsner I've ever had is Sacramento's Device Pincushion Pilsner. Incredibly drinkable without being bland, infinitely crushable. Note that this is a European craft style pilsner even if it's American made.

Czech Pilsners tend not to be my style because of their distinctive yeast & malt flavor, but I respect the history and style and Pilsner Urquell is hard to beat for an entry into Czech Pilsners. For NorCal local Czech Pilsners, I really enjoyed Volksbier from Red Bus & Folsom Dam Good Pilsner from Fort Rock

Which quadrant does your favorite pilsner fall in? Is it a style you have a lot of experience with? No experience? Total disdain? Do you have suggestions for other beer topics you would like me to cover?  What is your favorite style? Please feel free to chat with me over on twitter, where I'm @jennegatron