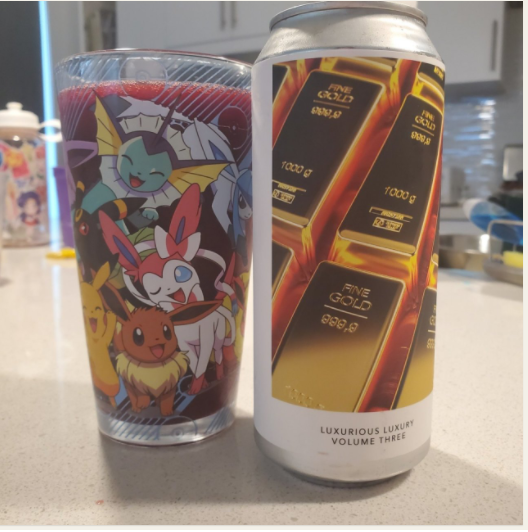 I had quite a few expectations coming into 2020 & unsurprisingly few were met. One of the mundane things that has surprised me, though, is the growing importance of an online presence for brewers. I see this manifest in 2 ways.

Social media & web presence
Since bars, restaurants & taprooms are risky and unsafe places to be, it's increasingly important to provide people with the ability to drink at home. I moved to Sacramento from a smaller NorCal town early this year and have easy access to even more breweries than ever. Following my new neighborhood brewers on Instagram has been great. Their Instagram stories especially are great for knowing when new beers will drop, if they're running any deals, or when to be ready to put together a pick up order.

It's been so nice, especially because so many local places have gotten growler/crowler fills up and running. I live a short bike ride from 2 cool local breweries and have been able to pick up some tasty fresh beers from all over town. I've also seen some tiny breweries do deliveries, and have benefited from their online order & scheduling setup. Having a crowler or a couple four packs of tall boys dropped off at your house is truly luxurious.

Other breweries have branched out & allow for shipping beers, both within the state as well as some cross state lines! This gives more people access to tasty beers than even before the 'roni. This is extremely exciting as a person who has favorite breweries from previous places I've lived but that do not distribute to NorCal. Getting access to those non-local beers is made easier by...

Tavor
Historically it has been very difficult to get beer that is not distributed to stores near you. You have to be willing to travel to get it, or find someone where it is distributed and coordinate a trade/transfer/exchange of dubious legality. Getting beer outside of distribution chains was hard for 2 reasons.

1. It's cumbersome to handle packing & shipping for most small craft brewers and
2. State liquor laws are complicated and interstate commerce is hard because of those liquor laws.

Enter stage left: Tavour
Tavour is an app I learned about this spring because one of my Untappd friends was attributing the source of his beers to Tavour. I then got an ad/promotion and I decided to download it to give it a shot. Tavour is a curated feed of beers (or blind box style subscription) where you are able to purchase and receive beers you otherwise wouldn't have access to. Brewers allocate some of their production to Tavour, who will sell pack & ship those beers to their app users. It's allowed me to try beers from very popular brewers that I just would never have had access to, like Evil Twin out of NYC, one of their beers is pictured in my banner, but it also helps me get a sense of what people are making in other parts of the country. Without my weekly trip to the bar & pizza place for trivia or to the liquor store to pick up a 6 pack, i'm extremely isolated, and have no way of knowing what's happening in brewing. I have a follow up to beer trends 2019 planned, and it was much harder to know what people were making without Tavour! I have gotten 4 boxes at this point. I am extremely picky so I have stuck to assembling my own boxes rather than allowing them to pick for me, but have gotten some true stars out of it. I hesitate to recommend it because it is easy for it to get expensive fast, but it is fun if you, like me, were spending too much money on beer before even being confined to your home.

Who are your favorite local brewers you're picking up from? Have you tried Tavour? What did you think? Do you want to try it? I have a referral code if you want $10 off your first order. Like I mentioned above, I'm working on a 2020 follow up to my 2019 trends post. I want to talk about what you're seeing, and what you think you will or hope to see in 2021! Please, come talk to me @jennegatron on twitter.

I had quite a few expectations coming into 2020 & unsurprisingly few were met. One of