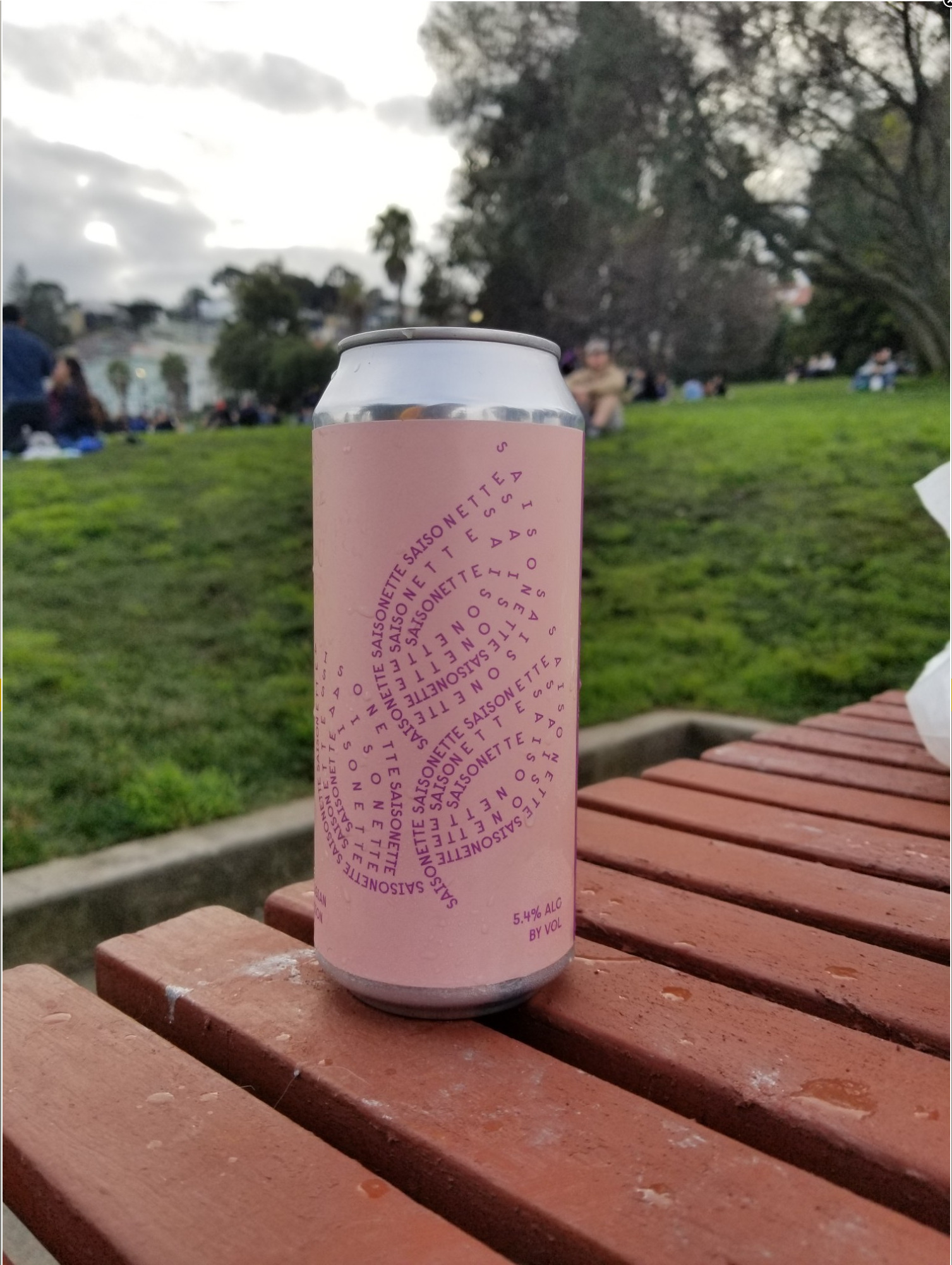 I have a handful of arguments I've formulated by spending almost certainly too long thinking about something largely inconsequential. The fun in this is finding the rare occasion where someone wants to talk about the weird thing for which I have a 6 part argument pre-prepared.
Here are a couple examples:

1. Gilmore Girls is a show about Rory's decision that being rich rules - a choice that her mother had rejected and that's why Logan is the best match for her. They're both insufferable rich monsters who should be terrible together.

2. Sailor Moon is the best superhero team. It is a perfect anime and manga about female friendship and Sailor Jupiter is the premier example of this.

and 3. the argument I want to make today: Beer cans are inherently superior to beer bottles.

Buckle up friends, because I got a surprising amount to say about this one. So I present, as my friend Casey so eloquently phrased it, my canifesto:

1. Recycling
This point is pretty exclusively for the US, but aluminum is much easier and more cost efficient to commercially recycle than glass. This is specific to the US because unlike other countries that sanitize and reuse glass, the US will completely melt down and reform the glass bottles. Recycling aluminum and glass are both cheaper than making new cans and bottles out of raw materials, and this point is the weakest when you live somewhere that reuses bottles instead. In the US at least, it's more expensive, inefficient, and energy intensive especially when it needs to be pre-sorted by color.

2. Light
Speaking of color, glass beer bottles come in (usually) 1 of 3 colors.
Clear: Corona, Sol, etc
Green: Heineken, Beck's, Dos Equis
Brown: All the major American Macros, most craft beer, etc.
For a little science lesson, let's talk about skunking!
Beer is a light sensitive liquid and will chemically react to light creating the skunk-like flavors present in Coronas and the like. Clear lets all light through, green lets the next most light through and then finally brown. This is why Corona tastes different out of  bottle than a can or keg. It is also why every bottle of Heineken you've ever had tastes terrible. Brown bottles are good, but they're not as good as they could be. Bottles in 6 pack holders and sold as singles sit in coolers or on shelves that have lights on all day every day. It's hard to stay fresh (especially for imported beers) when they're spending so much time in hostile beer environments. Cans however, by being opaque, allow no light through! There's no skunking,  beer tastes the same for longer and more like what it tastes like from a keg or in the brewer's taproom. If you want consistency and accuracy in your beer, go for a can!

3. Fragility
This is a practicality argument. If you drop a can of beer, you need a towel or mop to clean up the mess. Drop a glass bottle and you have a whole different level of mess on your hands. Anyone who has broken glass knows how hard it is to clean up and how easy it is to injure yourself or someone else in the process. This ties neatly into my next point:

4. Portability and Logistics
Since glass breaks, your local park, pool, or beach says no glass. If you want to take beer somewhere with you, cans are the clearly superior choice. They pack efficiently in coolers and bags, with the bonus that aluminum is lighter than glass. At a commercial level they pack neatly in boxes without the need for extra cardboard dividers, or can be sold in 4 or 6 pack rings (disposable or heartier reusable plastic) decreasing the amount of packaging waste.

I understand that it is much easier to find an affordable second hand bottling line for small brewers than a canning line. As brewers get bigger, I'm delighted to see that more and more of them are canning their beers. I think, especially as consumers, that it's important to consider the small every day choices in our life and advocating for designs that are better for everyone!

Next time you're given the choice between can or bottle, take a moment to consider! You might be surprised that you don't  dislike cans as much as you thought.

You can always just pour it into a glass anyway 😉🍻